Applications are made up of tiers or layers, an User Interface Tier, an Application Tier, and a Service Tier. Business logic is the part of the application that encodes real-world business-rules that determine how data can be created, stored, and changed. RDBMS encourage you to scatter your business logic across your database, ORM and API. In this post, we will introduce Document Database Design and compare it to RDBMS approaches with some document database design basics using hyper Data Service.

Document Database Design is a different mindset from relational database design, it still requires modeling and might even require more thought about your application, than you may normally do with relational databases. To design with documents, you need to think about how the application is going to use the data it needs and model your data in terms of data access, not normalized tables. Data normalization was mainly designed at a time when storage and memory were very expensive.

What is technical debt? It is the amount of effort required to change a software application based on the architectural decisions of that application. Many software teams see debt as a never ending set of maintenance tasks that do not move the project forward, but slow the development down and increases the cost to maintain.

If you design your data using relational patterns in a document-oriented store you will have a painful experience. Take the time to learn the patterns of document data access and design your data using patterns that provide success. By opening your mindset and separating the special to your application and the general to the data service, you will arrive at a cleaner architecture and design, which will result in a more maintainable application over time.

The relational database management system or RDBMS is the current mainstream structured data storage solution, it has been taught for years as the go-to tool for structured data storage. You get MySQL, Postgres, or SQL server and you design your database schema, by specifying tables and columns. Then you draw relationships from one table to another table by using primary keys and foreign keys.  You may create some indexes on some columns of some tables so that you can filter on something other than the primary key or foreign key.

Every time there is a change in your database schema both the application layer (code) and the services layer (database) must be modified at the same time or your application could fail to work properly.

In 2007, the NoSQL movement came out with huge fanfare, we are going to solve the problems with the RDMS/ORM bridge, buzzwords came about like schema-less, CAP Theory, Big Data, etc. But as implementations and designs iterated many development teams became frustrated and arrived at the conclusion that NoSQL databases were much harder to maintain, scale and manage reverted back to RDMS/ORM counterparts.  What were the lessons learned? Was it a lack of best practices? Was it the fact that many systems did not fit the NoSQL Document approach? Was the developer mindset not able to think differently?

In 2016-2017 AWS started refining their story with AWS Lambda and AWS DynamoDB, AWS Lambda is a server-less process that is instantiated when requested by a user on demand and AWS DynamoDB is a fully managed high-performance DocumentDB database driven by async requests. To take advantage of the server-less movement the best practice became connecting these two technologies. AWS launched workshops on the single table design and created some educational material showing how just about any application type could be modeled using a single table design for scalable high-performance computing.

This catches us up today where the large part of the software development world is very much using RDBMS/ORM systems and even more, tooling is being built around this tight coupling between your application/business layer and your data services layer, marrying your application's secret sauce to an implementation detail.

To improve the way we build applications, we need to re-think the way we design applications, we need to change our mindset. Much like the great architects did in the past, they did not keep extending mud houses with grass roofs, they re-architected how they build, by adding arches and domes. It is worth taking the time to learn about document design and determine if document design fits your needs.

It is my opinion if you take the time to learn this technique you can greatly reduce the technical debt of an application and empower your team to make changes to business rules with a higher velocity than database-driven applications even years down the road.

In the future we will add more data to these models, but for now, we will keep them lean.

So what are the use cases of our application?

These use cases can be broken into data actions

There could be other ways to model the database, but this model should satisfy all of the current use cases.

Let's look at some SQL

Compose and ComposeP are ramda functions take the result of one function and passes to the next function from right to left or bottom to top - compose(f,g)(x) === f(g(x))

Instead of creating a table, collection, or container for each document type, create one container to contain all of your document types and use the unique identifier structure of the document to infer the type.

The "id" is the unique identifier

Then "type" is the document type

By naming my movie documents this way, I can list all movie documents by doing a query where type === 'movie' or I could do a range query on the key, start = 'movie' and end = 'movie/u0001'

With this example, I could query containers all over the world and concat the the results or I could copy the results from one container into another container, because, I guarantee the identifier is globally unique and the document type is the same for the given resource. Without having to migrate or sync service layers, these documents could be stored in different data storage systems, the application layer does not care.

When you commit to this design you are committing to responsibilities for your application layer, which it always had, but many applications leaned on the RDMS/ORM solution for.

In the application layer, with your business rules, the developers need to validate/parse incoming document data and make sure it meets the requirements and is consistent. If a document property called year is a 4 character string that only accepts numbers, it is up to the business layer to maintain that consistency, it is also up to the business layer to be the gatekeeper of all reads and writes of the data, including analytics and reporting. Cascading deletes or bulk updates, need to be invoked by the application layer via a deployment/migration.

While it may appear that extra responsibility is being added  the application layer, the application layer should never trust any incoming data without verifying the structure and integrity at the point of the API. So if you are skipping that verification and relying on the RDBMS to catch these issues, you are trusting a service and ORM that you may not manage and could be at risk for security attacks.

Instead of picturing your data residing in a normalized dry structure during data modeling, change your mindset think about the user interactions and use cases of your application, what data do I need for those use cases, what is the best way to get that data, how can I get it with one request? This will help you design your documents and indexes to be effective and efficient. The document database design mindset is to think in terms of general access of any document with indexed filters that can provide batching very similar to joins in a relational database.

While this is by far from a complete picture of Document Database Design, hopefully, it gives you some basic practices to consider and experiment with some side projects. And think about some yeah buts, try to branch out, many companies are doing great things with Document Databases and the word is out, if you separate your application layer from your services layer, you will have increased velocity, improved reliability,  and long term flexibility.

⚡️ hyper Data service is a general abstraction around the Document Database and gives you the boundary to properly separate business logic from your Data service tier.

Get the latest posts delivered right to your inbox

Announcement: hyper Developer Preview hyper's cloud service is now a developer preview, which means the service is open for developers to register and start experimenting with a platform that will radically enhance the way developers build and scale applications. Interested? Go to https://docs. 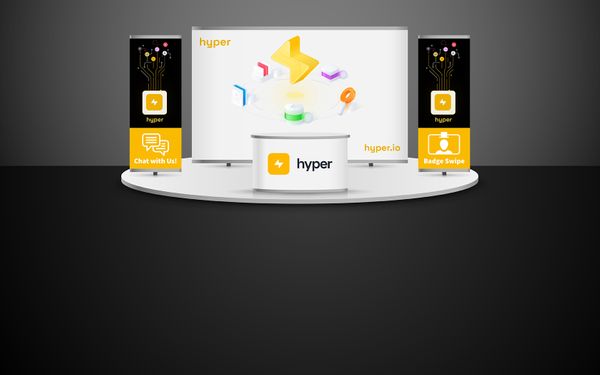 hyper Developer Preview is launching! October 18, 2021 To celebrate the launch we are doing a giveaway of hyper swag every business day up to the launch and a NEW

Stay up to date! Get all the latest & greatest posts delivered straight to your inbox